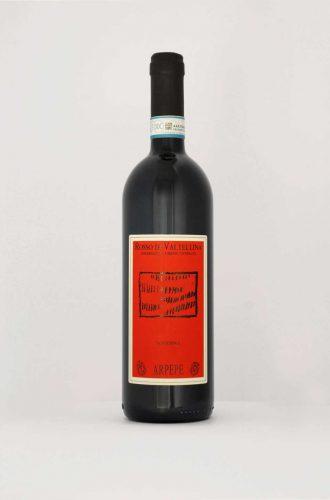 When he presented his Prelude for Solo Violin to the public in Paris, the young Johann Sebastian Bach appeared fragile and evanescent, and yet the master of an impressive technique. There was nothing ordinary about it and every movement of the bow brought something new, a music that left everyone speechless.

When the first Italian PopWine rankings were announced at Vinitaly 2014, the Rosso di Valtellina was the first to reach the top spot. La Gazzetta dello Sport talked of the rise of this tonic Nebbiolo from the Alps, describing its youthful impetuosity and modern expressive elegance.

The Rosso di Valtellina DOC from ARPEPE first saw the light in 2003, after a sweltering summer that had put our vines and our winegrowers sorely to the test. It would not have been fair to demean all their hard work by selling off the grapes, which were unsuitable for making a vintage wine. The choice came naturally: what might have had little value in the distant future could be given great dignity when young. The Rosso di Valtellina thus acquired a free and light-hearted personality, even though its elder siblings, more serious and refined, feared it might not last for years.